LED ring that blinks to your heart beats and displays current BPM both by number and color of illuminated LEDs.

LED ring that blinks to your heart beats and displays current BPM both by number and color of illuminated LEDs.

For many years I just wanted to make something with LEDs that blinks to my heartbeats (and not only when I'm staying perfectly still, and yet skipping a beat here and there). That turned out to be surprisingly difficult, I tried and failed for years. But not anymore!

Actually all heavy lifting is done by uECG - a small wearable ECG device which is open source and has an Arduino-friendly output pin (that pin goes high/low with each heartbeat). Processing these pin states is way easier that processing ECG signal, and I've tried to get most out of it.
UPD: you might want to check 2nd iteration of this project, that receives data via radio link.

1. Schematics
Since we work only with digital signals here, it is very simple. But as a wearable it would be much more reliable (and smaller) if most connections are soldered - for a quick test it's not necessary, but if you are going to wear it during some heavy activity, I highly recommend that.
Schematics looks like this:

I've used LiPo battery directly as a 5V input - there is no mistake, if you will connect it to Vin - it won't work reliably (voltage regulator on Vin introduces voltage drop and we absolutely can't afford one here). The thing is, Arduino is stable as long as input voltage doesn't get below 3.4 volts. LiPo battery starts at 4.2 volts when fully charged, and gets to 3.4 volts only when there is less than 15% charge left. So with any battery larger than ~200 mAh you can get a decent operation time. Other than that, please keep in mind that battery should be connected via some, well, connector :) Because you want to disconnect it from schematics and charge once in a while.

2. Code
The program works in a simple way: it constantly reads D3 pin, and when change is detected - pushes time of that change into 20-elements array. Difference between first and last element, divided by 20, is average time per beat (in milliseconds). So dividing 1 minute (60000 milliseconds) by that number gives us BPM value. You can adjust number of elements in the array. Smaller number of elements would lead to faster response, but less stable results (any problem in beat detection would lead to a large jump in calculated BPM). Higher number of elements would give more stable data, but slower response when BPM changes fast.

Then BPM is mapped into color (blue->green->yellow->pink->red when BPM goes from low to high), and into number of LEDs: for 80 BPM eight segments are on, for 110 - eleven and so on (scale also adjustable in the code).

3. Assembly as a wearable
It is convenient to place Arduino inside the ring - it matches size almost perfectly. Battery fits nearby too. Do not forget that uECG is placed on a chest - so you need a wire with connectors, first you place it, then you put on a shirt with other components, and then you plug the connector. Otherwise it would be really inconvenient to put it on - believe me, I tried ))

That's basically it - if everything was done right, within 30 seconds after you plug all connectors it will start blinking and indicate BPM.

4. Field testing
I tested it while walking and running - and found that during the run, battery bounces right over ECG sensor, distorting its readings. When I moved it all a bit, it turned out that wire connecting uECG with Arduino is too short and it pulls ECG sensor with each step, distorting readings again. Overall, I got reliable beats only when walking and standing, but not running - yet I think I will improve that. Sensor itself, when I used it with different shirt, displayed BPM correctly during the run too (checked via its app).

Also, turns out that LEDs on a chest might look cool but are practically useless. It's really inconvenient to look down to check your pulse. I think in the next iteration I'll make some kind of wrist bracelet that will indicate beats instead.

P.S. If you are interested in uECG project - you can check its hackaday page, there are a lot of technical details, PCB designs, discussion and project logs 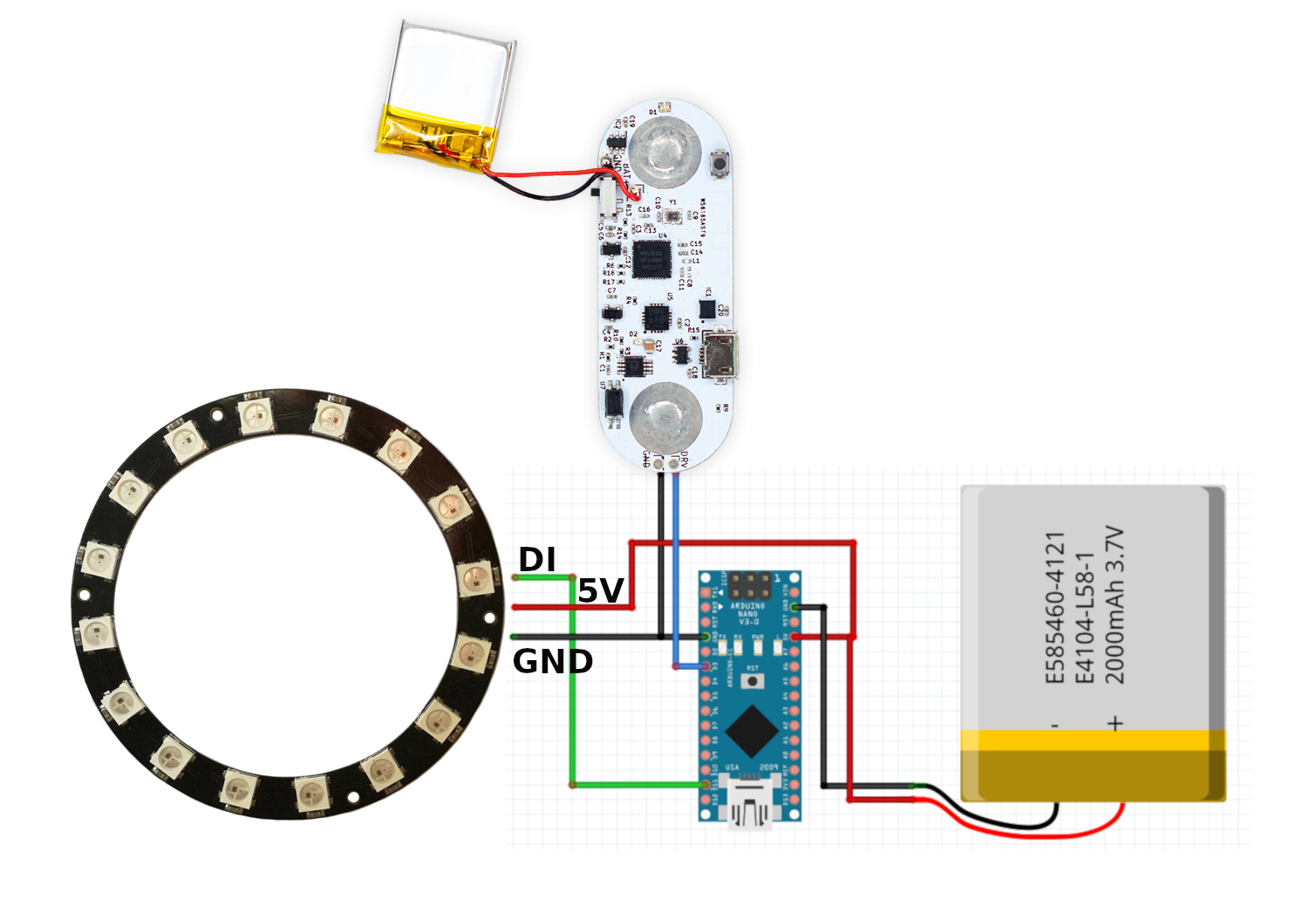 3 projects • 34 followers
I'm an electronics engineer with background in AI and physics
ContactContact
Thanks to Ultimate Robotics.