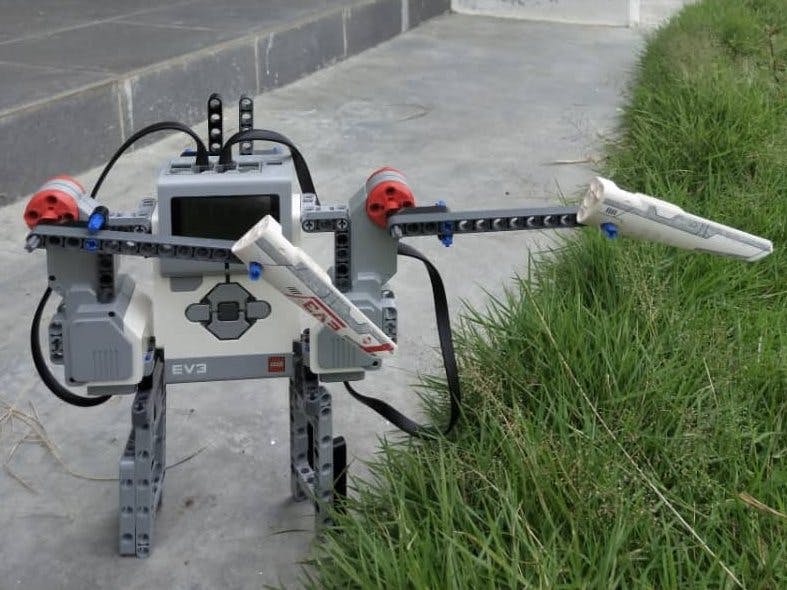 Flag Semaphore is telemetry system conveying information at a distance by means of visual signals with hand-held flags, rods, disks, paddles, or occasionally bare or gloved hands. Information is encoded by the position of the flags where it is read when the flag is in a fixed position. Semaphores were adopted and widely used in the maritime world in the 19th century. Despite modern alternative electronic communication means, flag semaphore is use a must learnt subject by all navies and mariners around the world.

Picture below shows the semaphore flag signals when facing the transmitting party. error is normally used with the waving position in attention mode.

The first requirement is to have the EV3 to able to swing its arm to all the directions used in semaphore. This is indicated as below.

an EV3 bot is used and hold 2 flags

From the video below, we do an initial test to see if all the positions of the flag semaphore can be covered.

(ps: Yeoman refers to signals petty officer in the British Royal Navy and other Commonwealth navies. The term has been in use since 1816. Yeoman is a communications technical specialist.

turn on custom interface controller in alexa developer console and save the interface.

we go to JSON editor to define the interaction model (Alexa Developer Console\Interaction Model\JSON Editor). The JSON file is used to define the intent and slot. An intent represents an action that fulfills a user's spoken request. Intents can optionally have arguments called slots. For example, in the JSON you will see a MoveIntent with slots for Direction, which maps to a list of words that represent the different directions you can say, and a Duration slot that maps to a predefined AMAZON.NUMBER integer value. The combination of the intent and slots will allow to write code that reacts to:

Then, create the necessary files for the skill. they are index.js, util.js, common.js

we can then click deploy in the alexa developer console and test it.

we can click test and use the pc mic to test our code. screenshot below shows i am testing to make sure my invocation word can work. It does. :)

In Visual Studio Code, copy the code to EV3

after that, we can run our yeoman code

Take note that there are a few rather confusing parts

as seen below, you will see this problem in VS code. This can be ignored as the code is meant to run on EV3. it will have this error on pc

Letter A-Z is mapped to intend and slot. in the code (details look at https://github.com/weiwei2/yeoman),

This is the video showing it in action

we issue the command to show the letter (for example letter A), and the ev3 will shows the letter A.

this is also explained in https://github.com/weiwei2/yeoman/blob/master/README.md

[2] repository of the project https://github.com/weiwei2/yeoman/blob/master/README.md 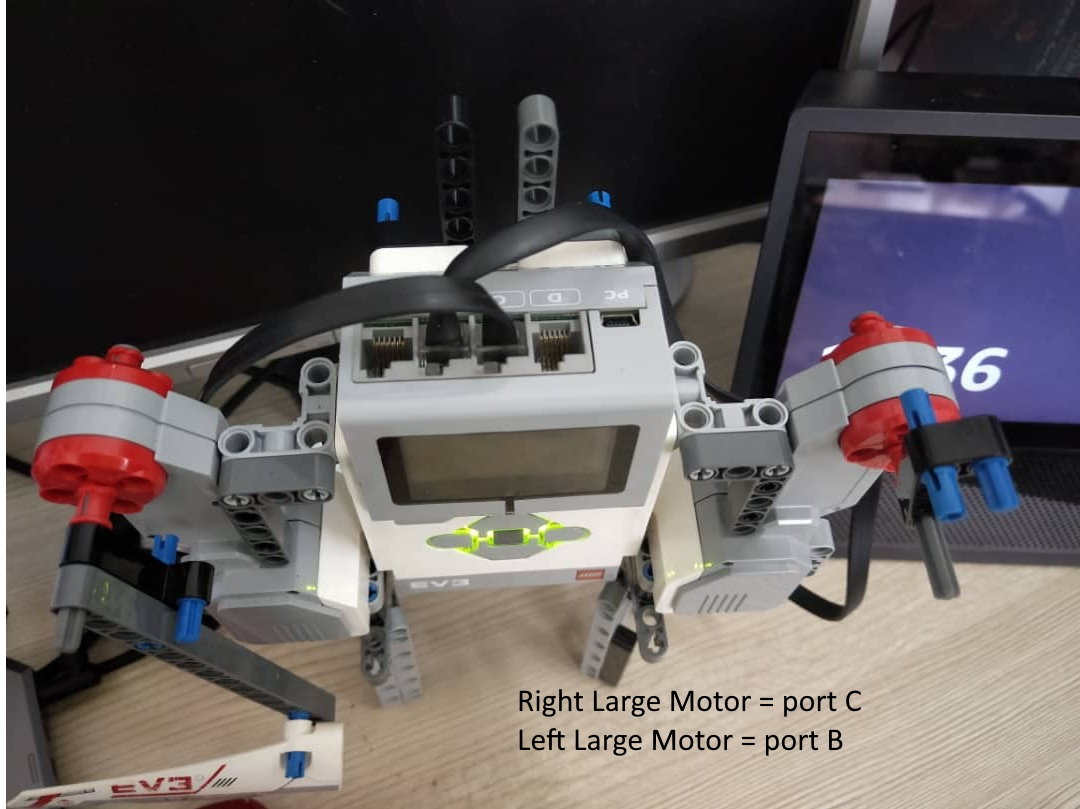