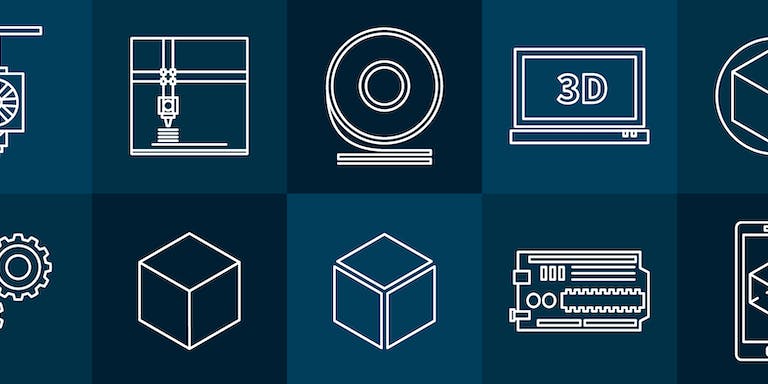 This contest is over! See all the winning entries. Want more chances to win prizes? Check out our active contests.

Did I win the contest? When will I receive my prize?

If you are a winner, we will contact you directly via email to arrange the shipment of your prize.

back to top
Do I need to participate in the pre-contest to submit a project?

No, you're welcome to submit an entry for the contest even if you haven't participated or won in the pre-contest.

Participants who receive free hardware and do not submit a project may be ineligible for future giveaways unless the hardware is returned.

If you receive free hardware and become unable to submit a project, please contact us at help@hackster.io and let us know as soon as possible. We may choose to arrange for the hardware to be shipped to another participant.

back to top
Free hardware application: What kind of idea is more likely to win free hardware?
We encourage creative ideas. For instance, pet feeders and home automation systems are very common nowadays and less creative. We also encourage realistic ideas. While solving world hunger is a great goal, it may not be realistic.
back to top
I submitted my project but it says "Awaiting moderation". Will it affect my eligibility?
As long as you submit your project before the deadline it doesn't matter when it is moderated. Just sit back and enjoy a well deserved break!
back to top
My project is locked and I can't edit it anymore. Why is that?
All projects entered in the contest are locked after the submission deadline to ensure that they remain the same during the judging process. They are then unlocked after winners are announced.
back to top
Somebody copied my entry! What can I do?
When judging entries, we take into account the submission date. When an entry is clearly plagiarized from another, we favor the original entry. If you believe the result of the judging is unfair, please email us at help@hackster.io to appeal.
back to top
What are the prizes?
Best Project - USA
Best Project - Europe
Best Project - Rest of the World

back to top
What is the contest timeline?

back to top
When will winners be announced? Where can I see the list?

back to top
How do I get started with Microsoft Azure for IoT?

Here is a very useful blog post from Microsoft that will help you get started with Microsoft Azure and IoT:

back to top
How do I use Arduino and Windows 10?

Get Started with Arduino Wiring:

We want to make it easy for you to use existing Arduino Wiring Sketches, libraries, and hardware with Windows 10 IoT Core Universal Windows Apps (UWA) Rasberry Pi and other supported board. We’re making it easier than ever to build on Windows 10 IoT Core, by creating a new Visual Studio template, supporting NuGet Packages, and adding other platform improvements.

Simply drag-and-drop (or cut-and-paste) your favorite, readily-available Arduino Wiring .INO and library files into Visual Studio, connect your hardware over GPIO, SPI, I2C, ADC or PWM to your supported Windows 10 IoT Core device, and run your code. Visual Studio and Windows will do all the heavy lifting to create a UWA and deploy it on your behalf, and you can also leverage the power of Visual Studio with Windows to debug your Arduino code.

With Arduino Wiring now supported as an extension to the Universal Windows Platform, you can even create a UWA that combines Arduino Wiring, C# and XAML. This enables you to build great projects like this plotter we created to show how mixed mode programming works. Try out Arduino Wiring here.

We also created a Windows app that enables you to explore GPIO, ADC, and PWM functionality without writing any code on your Windows 10 device. The Windows Remote Arduino Experience app is in the Windows App Store. Give it a try!

The Arduino-Genuino MKR1000 boards will be shipped on 1/22/2016 with an estimated arrival date of 2/1/2016. Due to the nature of new product releases, we cannot guarantee that you will receive your board prior to project submission close. We are also unable to solve any issues that might arise from shipping constraints related to local customs

Please note the contest conditions permit Arduino boards of any kind; submission is not dependent on the Arduino-Genuino MKR1000 boards.

The Arduino-Genuino MKR1000 boards are a gift. The one you already own should be used for your project.

back to top
What are the eligible ways to use Windows 10 in my project?

This challenge requires some use of the Windows 10 Universal Windows Platform. Here are 4 ways to do so:

2)      Windows Remote Arduino – Use the Windows Remote Arduino Nuget package to program on a Windows 10  device (PC, Phone, Raspberry Pi 2 or other Windows 10 IoT Core device) and communicate with your MKR 1000 over Bluetooth, WiFi or USB. Take control of the MKR1000 and interact with the environment, while leveraging the rich programming environment and computing resources of the Windows 10 device. As an example, process an image on a Windows PC and display the output on an LED array.

3)      Windows.Devices.SerialCommunication – use this direct Windows 10 UWP API namespace to communicate with the MKR1000 over a serial connection. You will have to develop the whole protocol and communication interface (something done via Windows Remote Arduino).

There are also other UWP API in the Windows.devices namespace that could also be used.

back to top
What are the hardware & software requirements:
back to top
Where can I find the technical documentation for MKR1000?

Arduino and Genuino MKR1000  is based on the SoC Atmel ATSAMW25. The ATSAMW25 is part of the SmartConnect family of Atmel Wireless devices, specifically designed for IoT connectivity.

The ATSAMW25 is composed of three main devices:

Couldn't find an answer to your question? Email us.