The idea was to create a robot which can autonomously followed a path for exploration to see area of interest,otherwise dangerous for humans

The idea was to create a robot which can autonomously followed a path for exploration to see area of interest,otherwise dangerous for humans 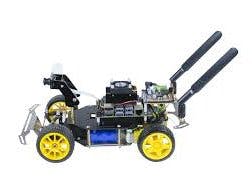 Original idea of my project was to create a robot which took GPS coordinates from the user via a off robot console which set data to the robot via long range WiFi and taking this information searched for people in distress (useful in disaster struck areas). Although this idea had to be scraped due to unavailability of some libraries in ROS Melodic the only version of ROS currently supported currently on the Jetson Nano and the fact that this approach faced some issues such as if a person was to be stuck in a building then in that case a rover would be useless and a better option would be to deploy a drone. So i decided to build a robot which used only vision to navigate through a path lets say a trek on a mountain, this could be helpful to be deployed in areas of interest which are otherwise dangerous for humans to enter like in places with weak infrastructure or other places like in Chernobyl where it is safer to send robots for analysis rather than risking human lives. The difference of such a robot from conventional robots will be that conventional robots require a professional to be continuously maneuvering where as such a bot can autonomously do such a task.

The robot is in a project/prototyping phase so currently a generic acrylic chassis is used which might be later changed to a application specific one. The driving part of the robot consists of Arduino Mega and a Motor controller which takes directional arguments from the heart of the robot or i should say brains of the robot the Nvidia Jetson Nano which uses a Logitech Webcam to see and then run a MS Visual Code based application on Ubuntu using a library I installed from the net (There are 3-4 libraries floating around on the net an any seem to work fine with this application).

The bot is trained on approximately 1000 frames for training. Increasing the training will increase the speed and precision of the navigation. When the robot is executed the bot follows a path and even avoids obstacles by steering to one side and stopping for about 2-3 seconds. The bot can be remotely operated, stopped and tracked using WiFi Antenna and applications like VNC which allow to login to a remote desktop and control (I know the current setup is quiet janky :p)

#The Image used in the project showcase is from google images because my phone camera is pathetic and it shows a very similar setup to the actual image. The chassis in the image was the original choice for the project but the price for the kit influenced me to look for alternatives. 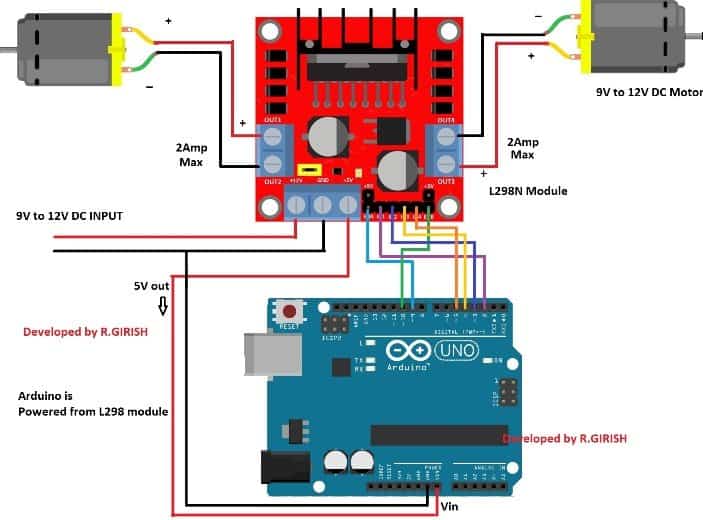 3 projects • 2 followers
I am in College Currently, years of experience with electronic projects. Not a social person.
ContactContact