A drone to help people trapped in tall buildings on fire.

A drone to help people trapped in tall buildings on fire. 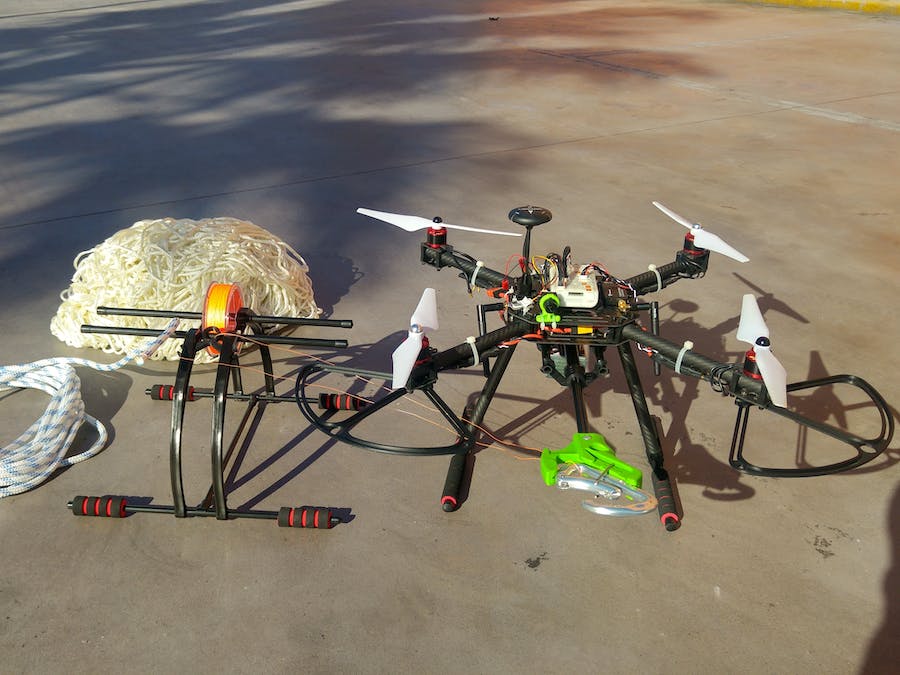 When high-rise buildings burn, people trapped in upper storeys often find themselves in desperate situations and end up jumping off.

To avoid this, a drone that can clip carabiners at high places while carrying a lightweight rope can be used to pull up nets where people in danger can hold on to away from smoke and flames. This anchor point can be used by firemen to climb/rappel or for pulling up hoses as well.

1.- There is a balcony or railing which is easily accesible by the drone where the carabiner can be clipped.

2.- The drone flies around any objects which are deemed robust enough to carry as much weight as is needed, and closes a loop around them. These objects can be for example antennas, chimneys etc.

Once the clip is set, a net can be raised, or firemen can climb and rescue people in danger.

Using the NXP drone kit as a basis, a BetaStick EVO clip-stick from betaclimbingdesigns.com was sawed and adjusted on some custom 3D-printed mountings. An FPV system was added as well as a landing gear carrying the fishing line which is tied on its end to a rope that can pull more weight. This rope is finally used to raise the net.

For the second scenario (flying around an object and clipping the carabiner directly to the line), a ball with a bright colour is tied to the rope at the point where approximately the carabiner needs to be put, so that the pilot can find it easily. The Pixy camera can help the pilot at this point by recognizing the object and displaying its position on the FPV goggles. The drone could even move towards that position automatically.