A product for users to change their state of mind and body through the power of breathing.

A product for users to change their state of mind and body through the power of breathing. 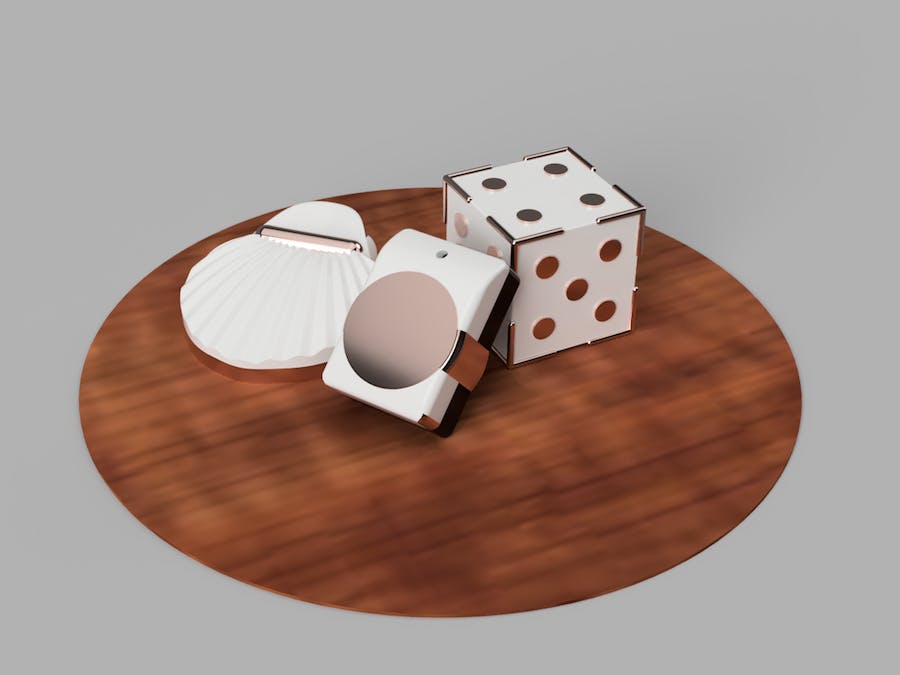 Breathing Techniques have been shown to be a powerful remedy for several physical and mental ailments including for the mitigation and management of symptoms that frequently arise with menopause. As with many types of work outs it can be challenging to maintain a consistent breathing exercise routine in order to the get desired results and maintain them. Therefore I created Breathing Totem(s) to be a simple solution for users to stay motivated and consistently perform these exercises.

The concept is to hide the technology for the device within an aesthetically pleasing and seemingly ordinary object or Totems, like a Seashell or a Pendant or a set of Dice. Interacting with a phone, computer or other technology can be really disruptive to these types of exercises, yoga or meditation. They just kill the vibe!

The design goal of the Breathing Totems is just for someone to be able to pick up them up and start doing one of several prescribed exercises. If you really want immediate feedback you can have the app on at the same time otherwise everything is done on-board and results are stored on-board. The phone app can be used later to sync up and look at your results or progress.

Design a custom hardware solution that is small enough form factor to fit inside various objects and that can perform sensor fusion with some on board AI. In particularly the sensors used are microphones and accelerometers. The key components are a BLE radio, several microphone sensors, accelerometers, extra flash memory, and an FPGA. I'm using an FPGA so that I can implement some simple Neural Networks to perform essentially gesture recognition and classification on both the sound of breath patterns in combination with motions. Motions might include holding a Totem against your chest while taking deep breaths in or swinging your hands over head like in a yoga warrior one/two pose.

While the devices can work stand alone an app is developed that can communicate with the Totem's over Bluetooth LE and report results from the day/week.

Block Diagram for PCB within Totems

I used Altium to create my schematics and layout. I fit the board to an envelope size of 30mm x 45 mm. While most audible sounds like talking and normal breathing are at a low decibel and hard to detect I found during some experimentation using a decibel meter that accentuated and exaggerated breathing is very easily measured with a microphone. Another reason for custom remote hardware is the microphone on a phone deliberately filters out those sounds. Each sensor has a dedicated SPI bus to the FPGA for maximum sampling rates. The SPI flash is significantly oversized for result storage and the FPGA has on chip RAM blocks.

I used an iCE40KUP FPGA development board from Lattice Semiconductor in combination with a BLE UART friend module from Adafruit. This helped to work out the key hardware software communication over BLE and get that aspect of the app to work before eventually moving over to an RSL10SIP module that is used on the custom circuit board.

Schematics and Bill of Materials:

Attached are the complete schematics and bill of materials. A small snippet here shows the power supply is designed to sequence the lower core voltage first then the IO voltages. The total parts cost for low volumes is on the order of $40. Some easy scrubbing could get the price down lower.

The layout was a real challenge as it is a small form factor and to keep costs down I used only two layers. This results in less than ideal grounding and has some EMI problems but suitable for prototyping. A final board can be much smaller if built at volume. I used 0603's and larger IC's to make soldering easier.

The BLE module has some significant grounding and impedance requirements that won't be achievable with a low cost prototype. To mitigate this I created some special pads underneath the required 50 ohm traces that I can back-drill and re-plate with copper foil to get a thinner micro-strip effect resulting in an impedance closer to the one specified.

Top Side of Blank PCB
Bottom side showing back-drill pads

One feature built in to each Totem is a make shift thermal capacitor. I did this by alternating layers of copper disks with thermal conductive pads to form a lattice. The thinking is a simple charging station with a Thermal Electric Cooler could quickly super cool the Totems while also maybe charging up a Super Capacitor instead of a battery. A Super Capacitor can charge in a matter of seconds as opposed to a battery so it would fit with the cooling time also that takes a brief moment. The cooled Totems could be held to your temple while you do your breathing exercises to help relax and sooth. This is why the design has so much copper materials. The final design is intended to be a fusion of copper materials with nicely polished ceramics or stone. Although I prototyped with PLA from a 3-D printer and Copper disks that you can order on Amazon for Jewelry or stamp design. I use Fusion 360 to create my models and 3-D prints.

I used Android Studio to create a simple APP that can communicate with the boards. I mainly used the UART GATT Service to send simple get/set tcl style commands from the app to the hardware.

At this development phase it is implemented from a functional perspective with scrolling lists of devices scanned, services being used and messages being sent. This is to help with test and integration. A more user friendly and better graphics design would be implemented in a final design.

The code works for the Samsung S10 and android API version 29.

Status, Problems and Whats Next?

Next steps will be to test more on the custom hardware and play around with various neural network architectures in Verilog, make some custom training data and improve on the apps graphics to fully demonstrate the product. In other words there is a lot of work still to do.

A charging station also needs to be designed to leverage the chilling effect for the Totem's and measure how long they will stay cold based on materials used and how fast they charge up.