Firefighters can use UAVs to give advanced warning and assistance when accelerants are present.

Firefighters can use UAVs to give advanced warning and assistance when accelerants are present. 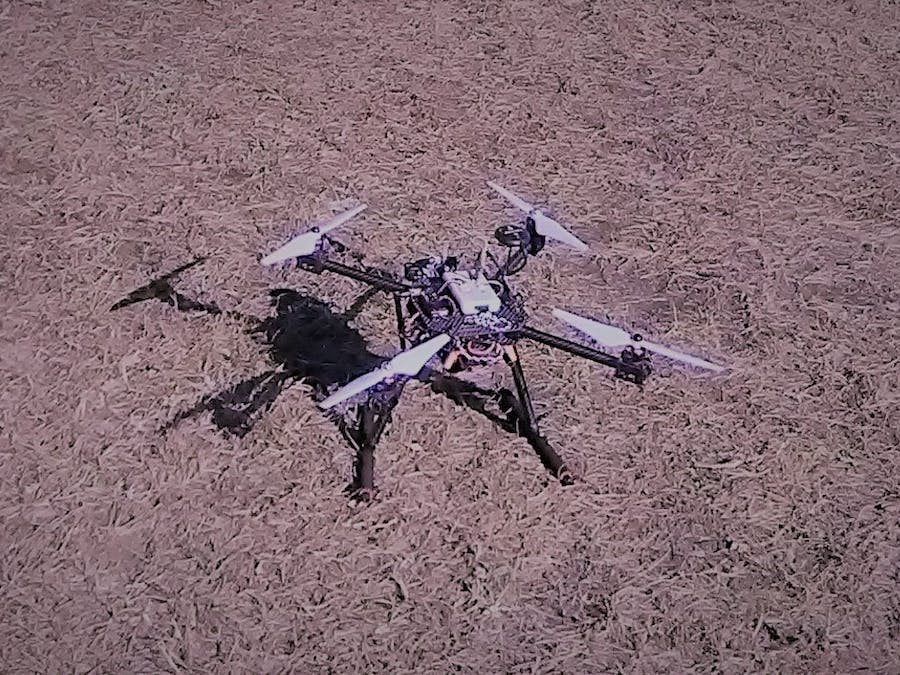 My daughter and I, working as a team, envisioned a quadcopter platform that would be able to fly the and scan the area of an active fire and be able to send data to firefighters about possible petroleum based accelerants such as gasoline, propane, paints, and other chemicals. The data would be in two forms - visual as well as atmospheric particle sensing. If data warranted, the platform would then be equipped to release an accelerant suppressant .

Envisioning and proof of concept are two different worlds. As a father/daughter team, we had no problems getting the Hovergames hardware together.

When first flights occurred, we found we needed to switch ESC cables and fly the drone in Position mode on QGroundControl, as this was our first foray into flying anything radio controlled. We were elated!

Once we had a stable, flying platform, the next step was to program the Pixy2cam to recognize a variety of colors and shapes of accelerant containers. It didn't take long to get a large red plastic gas can recognized and programmed into the Pixy. However, we had difficulty with background colors interfering the with grays (grill propane tanks) and greens (camp propane bottles). We found that spray paint cans as well as oil based paint cans were difficult to differentiate as well.

The next step was attaching the Pixy2 to the drone, plugging it in to the FMUK66 and getting a video feed sent back through QGroundControl in the PX4 environment. Finding the appropriate code snips for using the I2C linkage in GitHub, we could upload it into the system and get our visual stream going. This proved to be a dead end as anything we tried failed. We spent a great deal of time trying different hardware configs (would USB support better than i2C? SPI?) Searching for fixes, we found a post that essentially led us to believe that the Pixy2 and the FMUK66 environments were incompatible. https://github.com/PX4/Firmware/issues/13364 This certainly put a kibosh on our project. It seemed that our visual identification of accelerants was not yet realizable with the provided hardware.

We did not move forward past this point. Our next steps would have been as follows:

1. Order Cyranose320 or similar hardware and work on setting up a data link for monitoring airborne accelerant particles.

2. Add the Phos-Chec fire retardant system, balance it for flight, and test it.

Our best learning happened when we realized what an amazing network of resources there are out there for us to access. There are dozens of people willing to help. Regrettably, we did not access it more than we did.

We are grateful to HoverGames in awarding us the discounted hardware for us to attempt a proof of concept. We look forward to the next competition and will be up for another challenge.