Keep beachgoers safe by identifying still-hot bonfires, even when they've been put out and covered.

Keep beachgoers safe by identifying still-hot bonfires, even when they've been put out and covered. 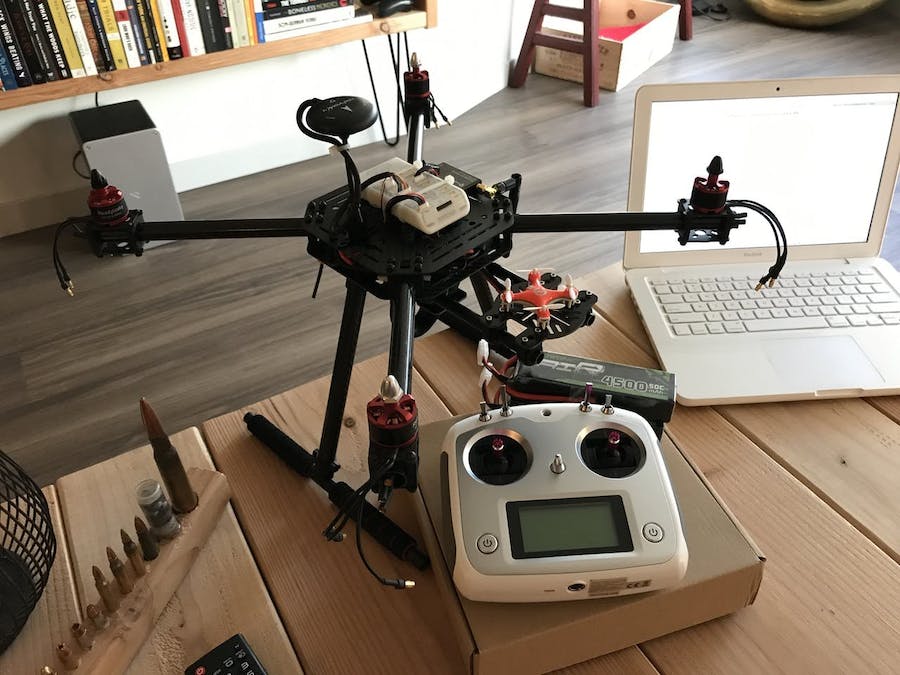 Most transmitters designed for aerial R/C vehicles lack a throttle-stick return spring in order to facilitate the holding of a given throttle input value. Transmitters with this spring actively attempt to return the throttle input to 50% without a counteracting force provided by the operator's fingers. This makes certain aspects of flying (hovering, landing, maintaining speed) difficult for helicopters, quadcopters, and airplanes alike.

The FlySky FS-i6S provided with the drone kit is something of a multipurpose transmitter and thus has this return spring installed at the factory. I decided to remove it as I have with other transmitters (which seems to be the same decision taken by the NXP team given the photo of their transmitter in the Gitbook documentation), which was a relatively straightforward process. Simply remove the four screws hidden underneath the rubber transmitter grips, carefully open up the transmitter case, identify the return spring assembly for the throttle stick (one spring plus two small plastic lever components), and set them aside for future re-installation if so desired.

14 projects • 25 followers
A bit too obsessed with tech and design for his own good.
ContactContact