Voice interface using Alexa skill for a LEGO MINDSTORMS EV3 robot that can complete a number of navigation tasks; take and deliver objects

Voice interface using Alexa skill for a LEGO MINDSTORMS EV3 robot that can complete a number of navigation tasks; take and deliver objects 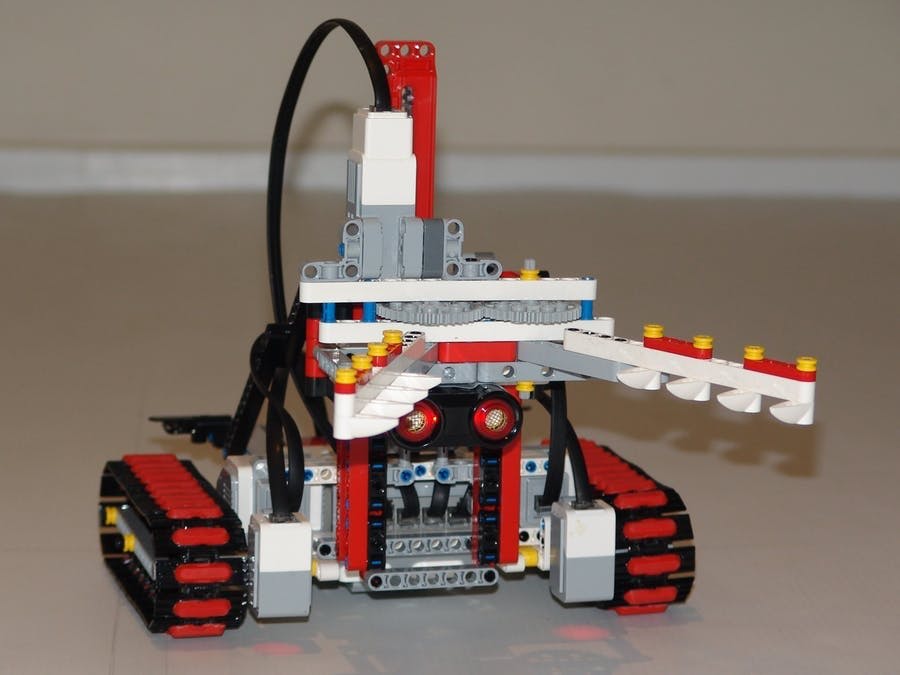 This project is a submission for a LEGO MINDSTORMS Voice Challenge. Here I tried to apply an Alexa-powered voice control to solve "navigate", "take" and "deliver" robotic problems and finally take back home three ladybugs. For demonstration I used a 2015 FIRST LEGO League map that we have in our robotics club. Navigate, take and deliver tasks are very common for robotic competitions such as Skills Ontario, FIRST LEGO League or Zone01.

For anyone, who is going to reproduce this project, I would suggest starting with looking at LEGO MINDSTORMS Voice Challenge page including Setup, Mission 1, Mission 2, Mission 3 and Mission 4. This will provide an overview of using Alexa-powered voice control to operate a LEGO MINDSTORMS EV3 robot as well as detail instructions of setting up development environment, creating a skill and working examples of the code. This project utilizes and extends approaches demonstrated in Mission 4.

Bill of materials, building Instructions and wiring diagram are included in the Attachments. The design requires extra LEGO parts in addition to LEGO Education EV3 Core Set - 45544, extra Color Sensor and extra Medium Servo Motor. These parts can be found in the bill of materials and purchased on LEGO marketplaces such as Brick Owl, Brick Link or Brick Scout.

This project adds a number of new features, comparing to the mentioned above Mission 4. You could see them on the video.

The robot can follow a line when "Follow line" command is issued. Line following is needed because robot cannot go straight for a long distance without extra control. It is even visible on the video when robot goes backward for 14 inches, it deviates from the line at the end.

The design includes two Color Sensors on front left and front right sides of the robot for advanced navigation functions. The robot needs to know, which of these sensors should be used for line following. A sensor name (left or right) needs to be provided to complete this command. For example "Follow line using right sensor". The following code snippet shows implementation of line following function:

Prior to the while loop "self.moving" property is set to "True" and a while loop is executed while this property remains "True". It can be changed to "False" when robot reaches its destination: when it detects an obstacle or drives for a certain distance. These options correspond to the following voice commands:- "Follow line using right sensor until obstacle" and- "Follow line using right sensor for 14 inches"respectively. Both options of the "Follow line" command were demonstrated on the video. Another option to terminate line following is issuing a "Stop" command. It stops any moving action of the robot including moving forward (when it is used with or without line following) or moving backward as well.

"Follow line" command is a part of MoveIntent and handled by MoveIntentHandler the same as other move types (forward and backward) because they have common attributes:- Condition ("until obstacle"). Move backward command cannot be used with this option because ultrasonic sensor is located on the front side of the robot only.- Distance ("for 14 inches"). It can be used for all three move types: "follow line", "forward" and "backward".- Sensor (left or right) attribute is unique for the "Follow line" command.

Here is an implementation of the _move function:

When ultrasonic sensor detects an obstacle withing given distance, which is 5 inches, an "Obstacle detected" event is sent back to the skill and the "self.moving" property is set to False:

Then _follow_line_thread function resets color sensor back to color mode and exits.

Driving with or without line following for a specific distance is implemented in similar way:

It also sets "self.moving" property to False when target distance is reached.

The turns are also implemented differently than in Mission 4 project. In this project we need the robot to turn on the same spot. This can be achieved by turning motors in different directions. We also need to turn the robot for a specific angle. For example: "Turn right for 90 degrees". The turn command is implemented in the TurnIntent and handled by TurnIntentHandler. The command has two attributes:- Direction (left or right) and- Angle.

In fact "turn" keyword is not mandatory. It would be sufficient to say "Right 90 degrees" or even "Right 90".

As discussed in the Sumobot project the best way to implement controlled turns is using Gyro Sensor. However, it is not reliable when it works with ev3dev and Bluetooth is enabled. I used on_for_rotations function to implement turns in this project with rotation calculated as angle * 0.0125:

This provides reasonable accuracy. If the turn isn't very accurate, another command to turn for a small (1 - 10 degrees) angle can be issued to correct it.

Here lift and grip are the objects corresponding to two medium motors installed on the robot:

When ladybug toy is being drooped, the arms are programmed to lower approximately half way (for 0.5 second) in order to remain just above walls of the box, which is a ladybug's home. This allows to gently place ladybug into the box. When robot goes to pick up next ladybug, the arms need to be lowered at least to that position (half way) because ultrasonic sensor is attached to the same platform as arms. If the platform was moved to the top position (which is used to grab the toy), it would be too high for the sensor to detect a base, where ladybug sits. It also needs to be noted that the toy is invisible for ultrasonic sensor. This is the reason that I placed ladybugs on the wooden cubes to make it possible for ultrasonic sensor to detect them.

"Good job" command makes the robot reply "Thank you", applause and perform a victory dance, while Alexa skill plays appropriate background sounds and music. The dance can be interrupted by "stop" command.

First, I ran the command "sudo visudo" on the robot, which opened the sudo configuration file. Then, below all the other lines, I added the line:

which allows the robot to run commands as root without prompting for the root password.

Then I created a simple shell script:

and granted it executable permission. This script could be executed from EV3 Device Browser in Visual Studio Code or from the EV3 Brick interface to run Python code. 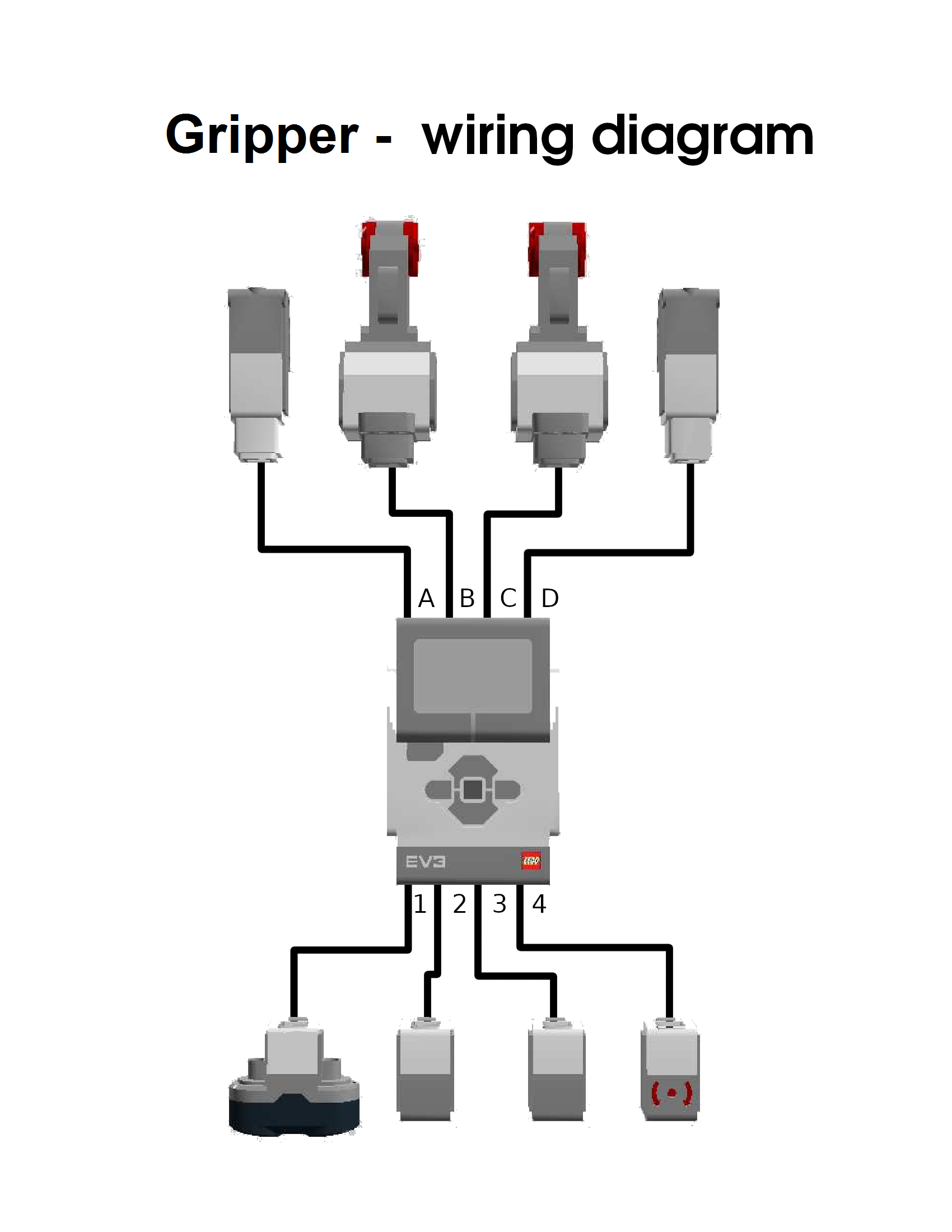 1 project • 1 follower
ContactContact
Thanks to Mistral.