Get control of your anxiety depression with our solution. Helping menopausal woman.

Get control of your anxiety depression with our solution. Helping menopausal woman. 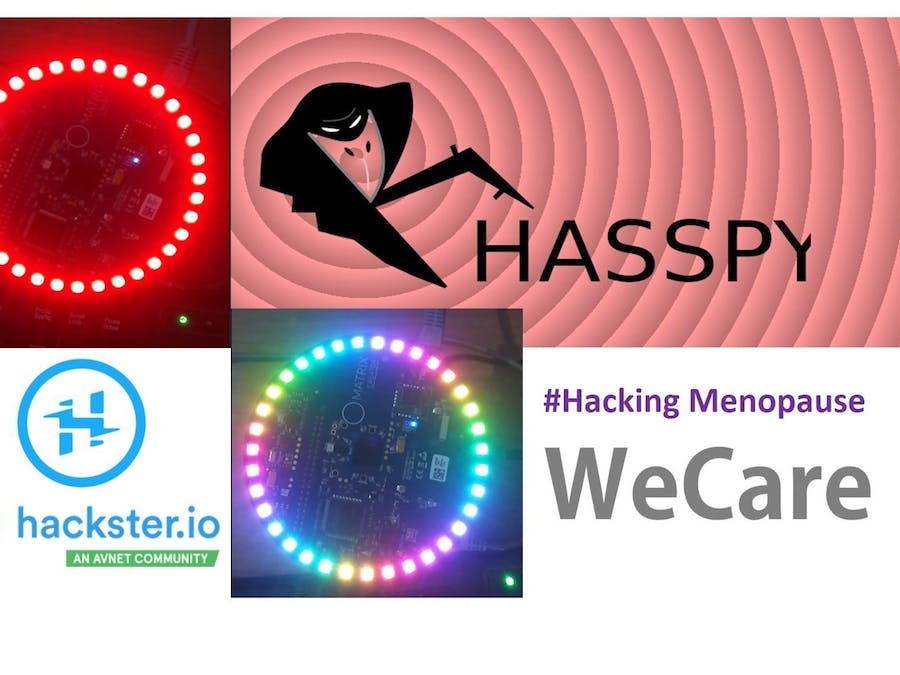 Menopause is the stage of life that follows the end of the menstrual cycles.

Menopause affects a person’s health and well-being, but it is not a disease, and it does not mean the body is failing or that the person is getting old. The hormonal changes that precede menopause begin when a person is in their 30s or 40s. In 2017, the average 50-year old female could expect to live to at least 83 years of age. Perimenopause starts less than halfway through the average lifespan. As life expectancy increases and attitudes to aging evolve, people are starting to see menopause as a new beginning rather than an end.

The average age of menopause is 51.

According to hinduism this stage of life comes under the Vanaprastha, the retirement stage, where a person handed over household responsibilities to the next generation, took an advisory role, and gradually withdrew from the world.Vanaprastha stage was a transition phase from a householder's life with its greater emphasis on Artha and Kama (wealth, security, pleasure and sexual pursuits) to one with greater emphasis on Moksha (spiritual liberation).

Women have historically had to “suffer in silence” when it came to their health concerns around menopause, the symptoms of which can last from 4 to 20 years or more. And, not only will nearly every woman in the world experience menopause at some point, but the people in their lives may also be impacted as they navigate this important phase.

Moreover according to AARP Menopause Survey 42 percent of the women between the ages of 50 and 59 who participated in the survey say they've never discussed menopause with a health care provider. Though the figure keep on increasing as there will be 1 billion women globally experiencing the symptoms of menopause by the year 2025. Three out of four women who seek help for symptoms don’t receive it.

With children grown or on their way to independence and a career that's well established, women in menopause have more time to take care of themselves, but they need proper diet and brain food so that they can manage stress and fatigue.

"There is no better time for a health makeover. Many women in menopause are receptive to making changes that will maintain or improve their health." - Dr. Santoro

Each woman is different and will respond to the menopause in her own way - both physically and emotionally - to the changes that menopause brings. Many femtech companies have contributed their effort for the problems like hot flashes, sleep disorder and others.

According to AARP menopause studies mood swing, stress and sleep problems are one of the biggest problems that a woman and his partner are worried for. To detect this mental trauma some technology like ECG can give some spikes but are not always accurate, but the interactive assistant who can respond to them and motivate them helps to maintain their attitude and well presence. A proper balance of sound/music and light therapy (red light therapy) can help to manage these symptoms.

An assistant which can response in an interactive way by showing GIF and videos/music according to the mood and commands given. It sounds amazing as I tried to make my assistant to give motivation and increase spiritualism. It will not only reduce anxiety of women but also give them self control.

Sound Therapy has given me more than I could have asked for or expected, I have suffered serious Post Natal Depression for almost 18 months involving hospital and loads of medication but in the last couple of months I can confidently say that my mental health has been free from the dark and frightening choke hold on my daily life and I have felt fantastically normal for the first time in what feels like years. Where has Sound Therapy been all my life!? -Yasmin Hibbins, Victoria

What is the concept behind the solution?

Mental trauma can be treated if we impose some signals on senses like touch, vision, sound, smell, temperature etc. Moreover it shows significant results when these exercises and the practice is added in the daily routine. It is very much noticeable that how we react when we smell something pleasant, we just forget all our thought and try to guess what it might be or even get attracted to it and try to find from where it came. Possibly the smell effect is added to the device so that it can deviate the mind and change to peace and calm mode.

Matrix Creator comes with on board microphone array and led array and different sensor, the device can easily be trained as an assistant using Rhasspy.

The LED array gave the extension for the light therapy as we can control the frequency and the pattern according to the data provided moreover the connected screen may even show visuals/illusions.

I had very little knowledge about menopause and all the troubles suffered my the women. I was shocked that such an important topic is kept hidden in the darker world as we get very little or no education regarding menopause in schools (not even in high school ).

The recent studies shows that stress and depression and fatigue can be the area in which woman want some tech gadgets so that they can cope up with the new phase. Most of the reasons for any menopausal women is anxiety, it is due to which women cannot sleep, get irritated, lose sexual interest and curses herself most of her time.

These problems affect the family relationships the most but the good news is that many women have positive aspects toward this phenomena and consider it to be the best time to get the best out of them and the family members are encouraged with the new attitude.

Menopause Unveils Itself As The Next Big Opportunity In Femtech - Forbes

This opportunity remind me of Susan B. Anthony.

The day will come when men will recognize woman as his peer, not only at the fireside, but in councils of the nation. Then, and not until then, will there be the perfect comradeship, the ideal union between the sexes that shall result in the highest development of the race. -Susan B. Anthony

It is a big opportunity as billions are invested for this problem.

“I’m a big proponent of education and want to help women know what to expect during the menopausal transition so she can get the help she needs, and so she can feel empowered during this time to make necessary lifestyle changes.” - Dr. Williams.

You will need a raspberry pi, a microsd card and a matrix creator. For installation you just easily follow the official tutorial.

Installation image can be downloaded from :- https://www.raspberrypi.org/downloads/raspbian/

Remember Raspbian Buster is going to work, I have tried it with raspbian stretch but it didn't work.

Once done, ensure that you have enabled SSH on your Raspberry Pi.

Before moving ahead we should check that our microphone is working. Connect an audio output device to the raspberry pi. It will record and play a 5 second long audio file on your Raspberry Pi.

And then we need to change some settings like,

Wake Word Engine to porcupine and change the microphone settings to

Save the settings and wait for rhasspy to restart.

1 / 2 • After changing the settings, it should look like this.

Just speak the wake word and try to say any of the pre-trained sentences.

Hey porcupine, what time is it.

Now the actual thing comes in our project.

To program your MATRIX device, you'll need to install MATRIX Lite. SSH into your Raspberry Pi and install the following:

For intent catching, we'll be using Rhasppy's Web Socket API. There are also options to interface with Node-Red and Home Assistant.

To keep things simple, the program to listen for Intents will be on the same Pi with the Rhasspy assistant. SSH into your Pi and run the following commands:

Move into web socket example and install the project dependencies.

We need to create intents. The training rules are clearly stated in the official documentation.

It will take few seconds to train the sentences.

Now we can check whether everything is working or not.

Speak anyone one of the trained sentence.

Hey Porcupine, what you can do for me.

Now let's see inside our app.py.

Let's create the features we want to include in our application.

We need to install giphy python-client so that we can show GIF according to the data feeded.

We can make a separate python file for the giphy client and can call the function from the main file. Let's check whether we get the desired image or not.

We need to create an instance of the API class.

To understand quickly I will attach a glimpse of my code below.

We don't need to use all search endpoints at a time. I have used return statement so that we can get the link in the main file.

Let's test this out.

Now we will create a pyqt application to show the GIF.

We will replace "http://www.giphy.com" with the link obtained from the python-giphy-client.

Now we make a pyqt application to play video. So that we can show motivational video as well as

Let's test it out.

Now we will make a servo program to spray perfume as per the instruction, so that we can somehow distract and have an mellowed out impact on the user.

Assigning pins to use.

Now we will code some sleep patterns and classic pattern for light therapy to relieve stress and help in meditation.

Let's test this out.

Firstly we are just showing kegel video in pyqt video player with the responsive command, so I am trying to add ML to predict correct posture for it.

Secondly I wanted to use the sensor data with node-red to create dashboard. I have done the coding part for it but got some package issue to forcibly I have to put it into my future to-do list.

With the help of our device we can get rid off anxiety, sleep disorder, depression and get mental exercise too. 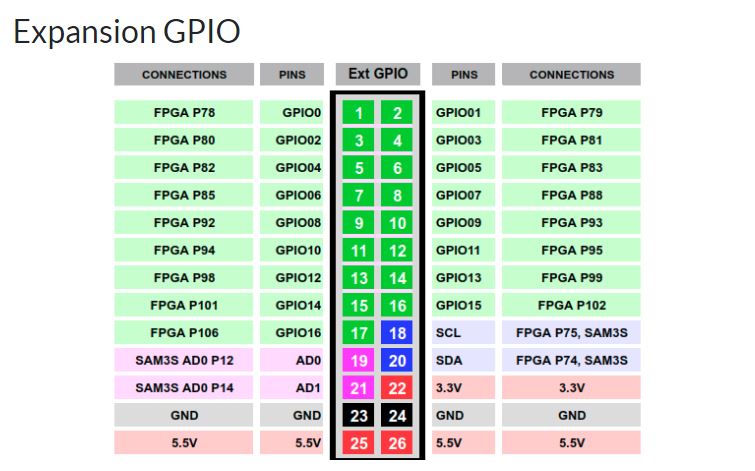 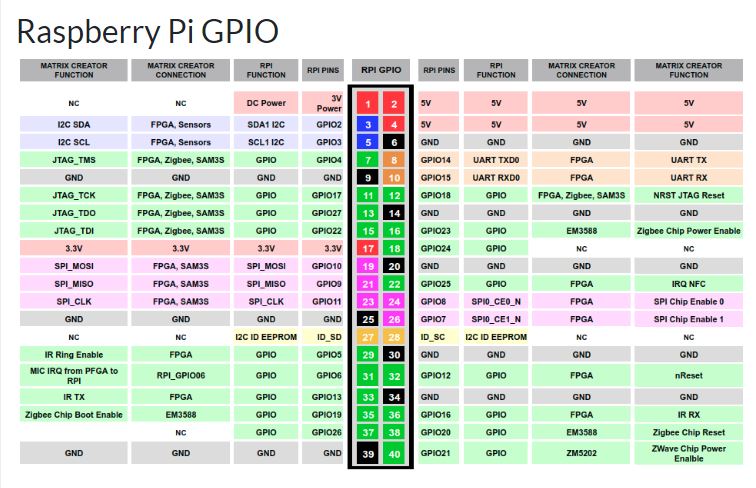 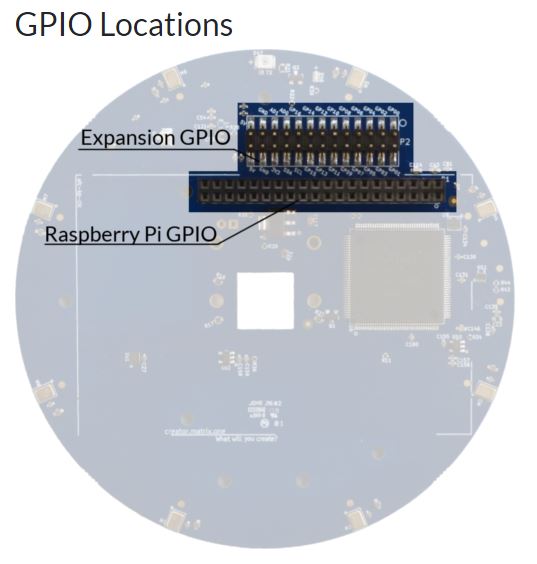